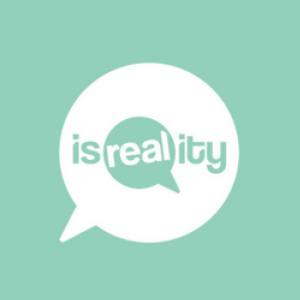 By exploring early Church Fathers’ understandings of the identity of Israel, we can deepen our understanding of the strained history of our relationship with the Jews.

St Augustine (354 – 430) is widely viewed as one of the most important Church Fathers in Western Christianity. He understood the Jews as being charged with an eternal purpose of witnessing to the glory of God. This mission was to be undertaken by the practice of divinely appointed ordinances which are recorded in the Torah. Augustine’s understanding of the role of witness is similar to that of being the “light of the world”. In Matthew 5:14, following the delivery of the beatitudes, Jesus charges the crowds below—which would come to form the Church (i.e. spiritual body of Christian believers)—with the missional identity, “You are the light of the world. A town built on a hill cannot be hidden,” meaning that the Church’s mission is to witness Christ to the world. Likewise, Augustine’s understanding of the Jewish nation is to be “the light of the world”: to be a witness of the true light (God) to the world.

In his Writings Against the Manichaeans, Augustine uses the story of Cain and Abel to present his view that the Jews have woefully failed in fulfilling their purpose as the light of the world. On the first level of Augustine’s analogy, Cain is identified as representing the Jews; and Abel as Christians, or the Church. The offerings of the two brothers are types, or symbolic representations, of worshipping God. Cain’s offering of the fruit, therefore, is analogous to the earthly observances required of religious Jews; while Abel’s sacrifice of his sheep and the fat thereof is analogous to the faith of the New Testament which (Augustine purports) is acceptable to God through the doctrine of divine Grace. In this analogy, as Cain’s sacrifice of fruit was rejected by God upon Abel’s offering of sheep, so the Jews’ earthly ordinances were rejected by God upon the offering of a superior sacrifice: that of Jesus (Lamb of God) on the cross for the Church. While this perfect sacrifice was intended by God to be offered for (and by) both Cain and Abel, Cain’s refusal to accept God’s rejection of his fruit sacrifice leads to a spiteful refusal to offer meat like Abel’s. Thus, the Jews (Cain) refuse the perfect sacrifice, a sacrifice from which the only benefactor is the Church.

In recognition that his sacrifice is not acceptable to God, Cain kills his younger brother Abel. Augustine, through analogy, argues that this represents the Jews’ denial of God’s rejection of them. God not only rejected the lesser sacrifices of fruit (earthly ordinances of the Jews) for a superior sacrifice (Jesus, God’s son), but also—Augustine argues—has rejected the Jews. Cast out, and upset at the newfound favour of his younger brother, Cain murders Abel. Through this event, and despite not using the specific phrase, Augustine presents the Jews (as a whole) as ‘Christ-killers’. Cain, the older brother, the one who has walked with God longer, the one who has faithfully offered fruit sacrifices for many years finds himself cast out, unable to reconcile his change in fortune, and so kills his younger brother, representative of the head of the Church: Jesus. In defending their

Having shirked this appointed responsibility, the Jews are (in Augustine’s analogy) blinded and cursed. The Jews are blinded in that they are unable to see that the younger brother’s sacrifice is superior to their own. Thus, they remain ‘veiled’ to the true nature of God’s relationship with the world. As the Jews are anointed with the role as being the light to the world, being blinded to God’s perfect sacrifice and new relationship to the world seriously impedes their ability to fulfil their calling. This analogy of blindness is taken from Matthew 27:51, which describes the curtain (dividing the Holy of Holies from the courts) of the Second Temple being torn in two, symbolising the new availability of the presence of God for non-Jews. Augustine presents the Jews as blind to this reality.

Concurrent to their blindness, the Jews are cursed for their rejection of perfect sacrifice in favour of lesser sacrifice. The Jews are ‘cursed… from the earth, which has opened its mouth to receive your brother’s blood’. In this analogy, the earth represents the Church in at least two related but separate dimensions. First, the earth represents the Church in that she has received the Jews’ (younger) brother’s blood (Jesus blood, i.e. the Church has accepted Jesus’ self-sacrifice). Secondly, the Church has replaced the Jews’ role as witness to God’s glory, meaning that the Jews have lost their national raison d’être. Due to this curse, the Jews will not gain any benefit from continuing to till the earth: meaning, though they continue to practice their earthly ordinances, the Jews will not gain any strength, nor fruit, and will not be a faithful witness to the glory of God.

While the Jews had been fulfilling their purpose of being the light of the world until the perfect sacrifice had come, their failure to acknowledge a sacrifice superior to earthly ordinances leaves them powerless to achieve their purpose through the circumcision, or fleshly effort.

Some Jews may have responded positively to Augustine’s view of them in Christian society due to the saint’s understanding that the mark upon Cain was to be applied to the Jews, meaning that whoever were to engage in violence against the Jews would suffer vengeance sevenfold. Nevertheless, proclaiming an analogous reading of the story of Cain and Abel which presents the Jews as blind and cursed leaves Augustine’s writings wide open to anti-Semitic theology and incitement of violence against an entity easily read to be of distinct and deranged ‘otherness’.